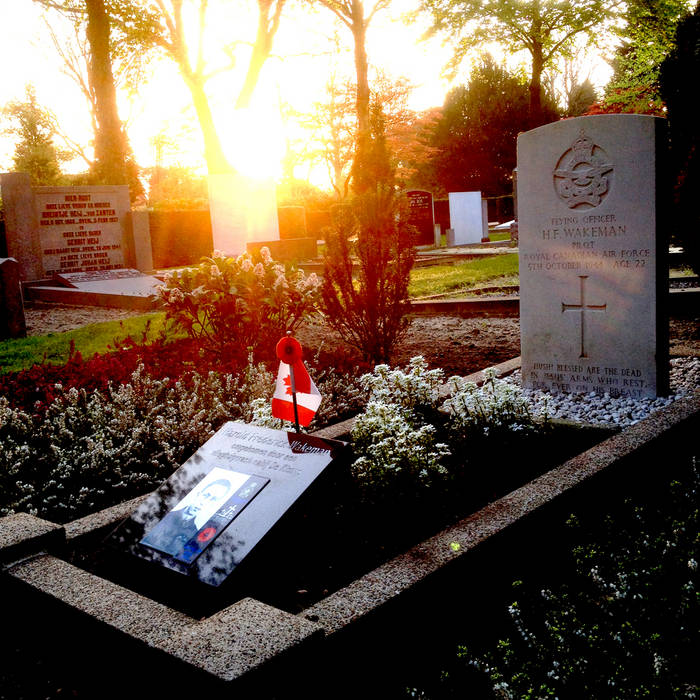 On October 5 in 1944, Canadian flyer Harold Frederick Wakeman crashed near my hometown Veenendaal. He was only 22 years old. His squadron was bombing a train, when one of the bombs hit the tail of Wakeman's Typhoon plane. When I heard the story from local journalist Sjoerd de Jong, I decided to write a song about this tragic event. And so, after 70 years, I was present at the annual commemoration by Wakeman's grave, under a blue sky on a beautiful October day.

This is the story of two fliers
And a girl witnessing their fate
Filed under friendly fire
One down, one devastated

Typhoons, still with their deadly load
Came flying back from the East
People wondered, friend or foe
One girl dared to wait and see

A song is the perfect way to present poetry to people. Therefore, I am A Dutch poet in an American dream.

In the summer of 2016 Diftong & the shipwrights recorded t a rock album. A Hell of a Time will be released early 2017.

I recorded The Rocket Swing in 2014 with Dale Murray and Christina Martin.

After five albums, I have to admit that this Dutch poet in an American dream possesses me. ... more

Bandcamp Daily  your guide to the world of Bandcamp

Khruangbin and Greg Foat stop by with their amazing new LPs.